Zaheer reveals his debt of gratitude to Worcestershire - The Evesham Observer

Zaheer reveals his debt of gratitude to Worcestershire 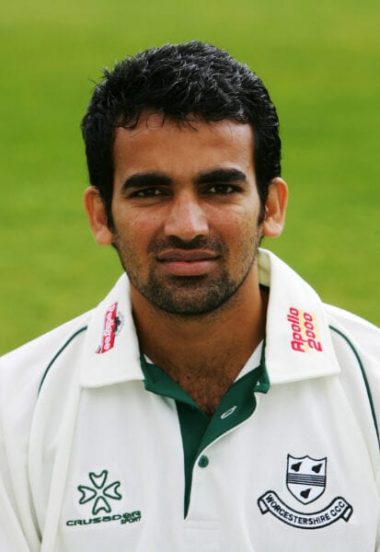 Zaheer Khan has paid ode to his former side. Picture: Worcestershire CCC.

The 42-year-old was a key member of the side that gained promotion back to Division One of the County Championship in 2006, accumulating 78 first-class wickets in all that year.

Adding in the batting contributions of Vikram Solanki (1,252 runs), Phil Jacques (1,148), Graeme Hick (1,023) and Steven Davies (1,004), the Pears were a class above that campaign, with Khan earning himself recognition as one of the club’s best ever one-season signings.

As a result of his form for Worcestershire, Khan earned a move back to his native India with Mumbai the following year, having wrestled himself into position as the number one fast bowler for his country.

In doing so, the left-arm bowler believes he owes the county a debt of gratitude for helping him get back to the top of his game and more importantly, on a personal level, find pleasure in playing cricket once more.

“Away from the pressures of playing for India, which is a stress like no other, I began to enjoy myself again,” said Khan.

“It was crucial for me to play at the highest level and get back into the Indian team. In many ways, the spell at Worcestershire was the turning point of my career.

“It helped me to understand the game, also in terms of preparation for matches and bowling on different kinds of wickets – it was a great learning curve.”

Those claims are backed by Worcestershire’s leading batsman from that season – Solanki – who was a key figure in helping tempt his former team-mate to Worcestershire.

“I had a part to play [in signing him] because we had mutual friends and I knew what they thought of Zaheer as a bowler,” said the 44-year-old, who now coaches Surrey.

“I learned what he was like as a character and both of those things came to the fore at Worcestershire. He was an outstanding bowler but, equally as important, he was a brilliant team man.

“We certainly reaped the rewards of having a quality performer like Zaheer who wanted to get back to his best. It just worked out well for both parties.

“He needed to get some overs under his belt and county cricket allows you that opportunity to do that with so many games – he saw that as a real opportunity.

“It was music to a captain’s ears when you think someone wants to come and bowl a lot of overs.”