Robins continue to fly high ahead of FA Trophy clash 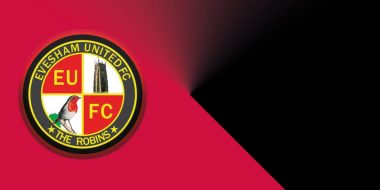 Last weekend’s 1-1 draw with Cinderford Town in Southern League Division One South sent the Robins up to 12th in the table – giving a much brighter outlook on affairs given the tough start endured by Neil Hunt’s men at the beginning of the campaign.

Evesham would have been disappointed not to have had the opportunity to boost their league standing after Monday’s home meeting with lowly Melksham Town was postponed, a positive COVID-19 test in the visitors’ camp owing to the fixture not being fulfilled.

But with an extra couple of days of recovery allowed from United’s previous outing, Hunt will not be too flustered given that his side have played ten fixtures in just over a month.

Evesham’s manager will feel right to be aggrieved at last weekend’s stalemate though, with the hosts worthy of taking all three points at The Spiers & Hartwell Jubilee Stadium.

In a game played in torrential conditions, the Robins still managed to play neat, enterprising football, forcing the first opening when Lorcan Sheehan struck from the edge of the penalty area to draw Cinderford stopper Nicolas Jones into a fine fingertip stop.

Town went closer still to breaking the deadlock when William Gibbons’ shot beat Evesham ‘keeper Lewis Clayton, but not the alert Matt Williams – who cleared off the line.

And with the first half closing out, Cinderford hit the front when Zackary Drew’s free-kick flew into the back of the net in stoppage time to stun the hosts.

Whatever words of wisdom Hunt delivered to his players at the break clearly worked, as Jack Horrell buried a strike within two minutes of the restart to restore parity.

While the visitors only really threatened from long range, Evesham were busy crafting opportunities to go in front.

Sheehan’s corner brought Williams into play, but the defender was unable to head the ball on target when well-placed midway through the half.

Evesham pressure continued, but it was the hosts who almost stole the points. Liam Wright working his way into the box and beating Clayton, only to be denied by Ryan Paddock’s excellent goal-line clearance.

With attentions now turning to the FA Trophy this weekend, the allure of a first-round spot and almost £2,500 in prize money will be all of the motivation needed for Evesham to chase victory on home soil.

The Robins have defeated fellow Step Eight sides Biggleswade and Carlton Town to get to this stage, while Northern Premier League Division One East outfit Leek saw off Histon.