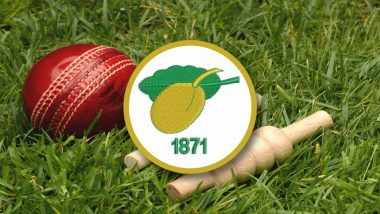 Knowing a victory at Defford Road would keep the Plums well in contention for the league title with leaders Stourbridge and nearest challengers Stourport-on-Severn, defeat instead leaves Christopher Ridings’ men with it all to do with only three games remaining.

As the only match to survive torrential weather on Saturday afternoon, Pershore’s decision to field first appeared to be a calculated one when the visitors were bowled out for just 86 in the 20th over.

But the inability to strike up any valuable partnerships or momentum meant the hosts were way off the mark with their reply at the crease, suffering real adversity when scoring only 41 runs and being seen off in just 14 overs.

A big part of Pershore’s success with the ball in hand came down to the duo of Stephen Miles (4-11) and Andrew Hill (3-31), with the pair time and again finding ways in which to sink their opponents.

Old Elizabethans’ best partnership came when Louis Dear (23) and Taylor Pugh (12, no) laid on 33 runs for the fifth wicket – in stark contrast to the combinations that Pershore would have expected to create during their batting innings.

But while the hosts were presented with a more than beatable target score, it was clear that it was just going to be one of those days for the Plums.

Anything Pershore could do, OE could do just as well it seemed, with Jack Taylor (4-18), Amar Jawanda (3-0) and Sam Harn (2-13) all posting admirable totals bowling towards the Pershore wicket.

With Stephen Miles (11) the only man to reach double figures for Pershore, the hosts’ misery was complete with the 118th ball faced as tailender Darren Critcher (0, lbw) was seen off by Jawanda.

Third in the table but some 36 points behind the table-toppers, Pershore aim for a quick turnaround in fortunes at Stourbridge on Saturday, in an encounter that will decide the direction of the league title.