Plato revving up for BTCC return - The Evesham Observer

Plato revving up for BTCC return 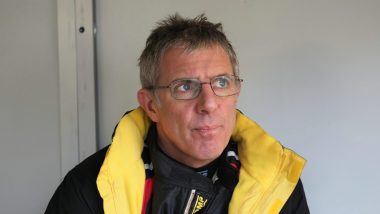 Jason Plato will make a long-awaited return to racing in May, after a year out of the sport. Picture: Darren Price.

RETURNING Jason Plato says there is plenty of fire in his belly to hit the ground running for Power Maxed Racing in the 2021 British Touring Car Championship.

The 53-year-old was not present during the previous campaign – as a result of the Bidford-based team’s decision not to compete – but will be back on the track alongside team-mate Mat Jackson of Henley-in-Arden this time around.

Two-time BTCC champion Plato has plenty of landmarks lined up this year, which he revealed have given him even more incentive to strap back into the Racing Astra.

“2020 was less than ideal for many of us, but for me at least it gave me time to put a lot of things into perspective,” he said.

“I was lucky enough to be able to spend a lot more time than I normally would at home with the family, but I’m itching to get back in a race car now – it’s the longest I’ve been without racing.

“It’s made me appreciate just how much I love it and I how I have really missed my team.

“I’m excited about the future. Winning the final race in 2019 has lit a fire underneath me, so I’m more than ready to get back out and win my 100th race.”

Plato is just two wins away from achieving that accolade – a record which would further cement his legendary status in British motorsport.

Although he sits some way off Matt Neal’s record of 716 starts and sits second on 599 in the overall rankings, he will at least be able to celebrate his 600th appearance come the opening round of the season at Thruxton on May 9.