Super Sarah is a Pershore ace - The Evesham Observer

Super Sarah is a Pershore ace 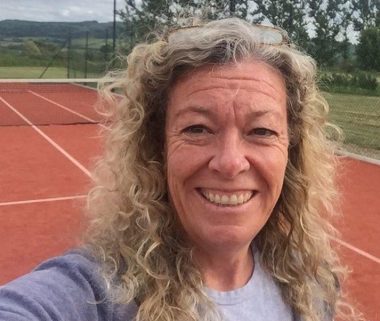 Sarah McCormick has encouraged Covid-friendly tennis to be played at Pershore.

THE EFFORTS of Pershore Tennis Centre club chairman Sarah McCormick have been recognised by her recent nomination for Herefordshire & Worcestershire LTA’s Volunteer of the Year award.

Despite the difficulties faced by sports clubs up and down the land throughout the varying stages of the pandemic, McCormick has led by example over the past 12 months.

Her endeavour to keep the club operating in as normal a manner as possible has seen membership grow to an all-time high for Pershore, while a fund-raising drive – combined with grants – has allowed one of the five outdoors court to be resurfaced and provided with proper lighting.

As a long-time player herself, ladies’ over 40s captain McCormick has continued to organise weekly practice sessions for her team-mates prior to each of the national lockdowns, whilst putting the proper precautions in place for members to still play the sport they love.

Perhaps most impressively, the Pershore chairman has cultivated a positive atmosphere at the club by setting up new social circles to allow members to bond and subsequently discover new playing partners.

With the Herefordshire & Worcestershire Winter League cancelled after being restricted to only a handful of match days for the 2020/21 season, McCormick has stepped in fill the void by pencilling in competitive inter-club fixtures, whilst continuing to encourage walking tennis at Pershore for members with physical limitations.