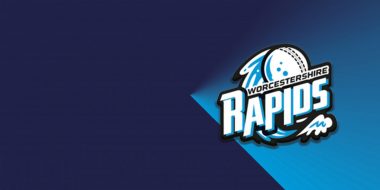 Running the rule over the club’s Vitality Blast prospects, he said: “Things didn’t click for us in the competition in 2020.

“We made vast improvements, but didn’t meet the previous standards and were unable to overcome the absence of two or three key players.

“But rest assured everyone will be putting in the necessary work to ensure we are in a position to try and replicate our previous success in the tournament.

“With the [Royal London Cup] competition running at the same time as The Hundred, in which at least four of our senior players will feature, it will be a great opportunity to see some of our younger players.

“We will still be fielding a competitive team who will want to continue the success we’ve enjoyed in this tournament.”

An opening-day bout with defending Vitality Blast champions Notts Outlaws is how Worcestershire Rapids will open their 2021 season.

Considering the two sides have scooped three of the last four titles on offer, the clash between 2018 winners Worcestershire and the current holders at New Road on June 9 means a fixture packed of full of pedigree awaits on the opening night.

Home advantage will be leaning strongly in the Rapids’ favour for the opening five matches of the Vitality Blast campaign, with only the second game against Northampton Steelbacks (June 11) played on away soil.

A local derby with Birmingham Bears awaits Alex Gidman’s men in the penultimate outing on July 16, before the Northern Division concludes with a trip to Leicestershire Foxes two days later.

This year’s quarter-finals will be played between August 24 and August 27, followed by the annual Finals Day at Edgbaston on September 18.

Worcestershire fans will hope that their side have their place in the last eight booked by the time the Royal London Cup gets underway, which begins on July 25 with a battle against Kent Spitfires at New Road.

The Rapids are yet to win the competition – which returns after a one-year hiatus – but have at least demonstrated some form of success in previous iterations, qualifying from the group stages in the last four editions and reaching the semi-finals in 2017 and 2018.

A first away day in the cup follows at Gloucestershire’s Bristol County Ground on July 27, with the final fixtures taking place at Lancashire on August 8 and at home to Durham Jets on August 10.

In a quick turnaround, the quarter-finals are played out on August 14, followed by the semi-finals three days later and the final at Trent Bridge on August 19.