Paddy stars as Pershore ease to win; Purser on form for Stratford

The Plums were fit and firing to deal strugglers Redditch a second outright loss this term, while picking up their second win in the process.

Dismissing the hosts for 110 inside 34 overs after winning the toss, the visitors’ batsmen then required just 139 deliveries to record an emphatic victory at Bromsgrove Road.

Entaco’s afternoon could have been even more forgettable had opener Adeel Sajid (45) not stepped up to the plate to drag his side to the 100-run mark before his dismissal at 106-7.

Thompson’s 5-26 haul in his ten overs left Redditch shell-shocked and with a mountain to climb to salvage a positive result from the game.

But while Noman Mohammad Chaudhry and Haris Ali Mohammed were both able to take a wicket each, it was always going to be a tough ask to limit Pershore’s run chase with skipper Christopher Ridings (32) and the unbeaten Thompson (46 not out) leading the way to victory in the 24th over. 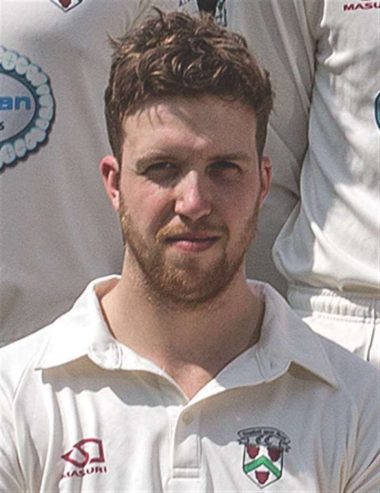 Stratford skipper Dexter Purser smashed two sixes and 17 fours in his
magnificent 161 not out.

IN THE Warwickshire County Premier Division, Stratford-upon-Avon were able to cling onto their unbeaten start with a winning draw at home to Bedworth.

Put into bat after Bedworth won the toss, the Swans Nest Lane outfit were led by their imperious skipper Dexter Purser.

He finished unbeaten on 161 runs from just 131 balls faced as Stratford marched towards their final score of 245-3.

Purser shared partnerships of 119 and 91 respectively with George Burford (31) and Josh Hickman (24) respectively, and Stratford looked good value to take the points and claim a third win in as many matches.

But the visitors had other ideas, proving stubborn opposition with skipper Inderpal Singh Nandra (26 no) epitomising this approach by using up valuable overs during Bedworth’s reply.

Stratford will no doubt relish the prospect of testing themselves when they visit league leaders Walmley at the John Findlay Memorial Ground on Saturday.

Stratford, one of four sides still unbeaten in the league, sit fourth, 12 points behind Walmley, who defeated Bablake last weekend.

Versatile Claire aiming to Star after stepping into new role