Outgoing Dave made of the Wright stuff 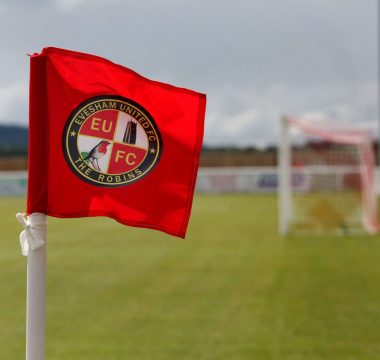 EVESHAM United chairman Jim Cockerton has paid tribute to outgoing vice-chairman Dave Wright after the latter’s spell in the boardroom at the Spiers & Hartwell Jubilee Stadium came to an end.

As a consequence of Wright’s service to the Robins – which spanned 28 years in all – lifetime memberships have been awarded to both he and his wife Pat by the Southern League Division One South club.

In a club announcement, Cockerton tipped his hat to his now former ally at Evesham, who officially resigned on Monday.

“Dave has been committed to the club for 28 years, for which I personally thank him,” he said.

“His input will be sorely missed around the club and I wish Dave a speedy recovery from his recent illness.

“Hopefully it won’t be too long until we can have a pint together watching some enjoyable football again.

“Both [Dave and Pat] have been a big part of the achievements which are now seen today at the club.”

Chris Wright – son of Dave – will now be tasked with the vice-chairman role after being elected by club members to replace his father.