Lowly Robins are left with plenty to ponder

A SLENDER 1-0 defeat to Larkhall Athletic in Southern League Division One South on Monday meant Evesham United were unable to atone for Saturday’s FA Cup exit to Tamworth.

The Robins were dumped out at the second qualifying round stage by Step Three opposition in a 3-1 defeat at The Lamb last weekend and perhaps continued to feel the after-effects of that two days later in their league meeting at the Jubilee Stadium – a result which leaves them winless after three games.

A late change to Evesham’s line-up meant Daniel Tustin took the place of Calvin Dinsley prior to kick-off on Monday.

While an early flurry of chances went to waste for both sides, it was the visitors who got the breakthrough goal on 38 minutes.

And it was a stunning goal that broke the deadlock too – Alex Lambert’s run ending with a cut inside and fierce strike that took the ball out of reach of United keeper Lewis Clayton from a tight angle.

While Evesham still found themselves behind as the second half progressed, a penalty save by Clayton – who got down low to his left – to deny Larkhall a second at least gave the crowd of 183 something to cheer.

Ultimately though, a lack of chances or firepower when the opportunities came meant Evesham never looked likely to turn the scoreline around.

It was a different story in terms of performance at the weekend against their Southern League Premier Central hosts.

Playing in torrential conditions on the 3G surface, Evesham suffered the worst possible start when Shaquille McDonald picked out the back of the net with a pearler from 30 yards out after taking down a crossfield ball two minutes in.

Jack Horrell was unlucky not to level five minutes later with a strike from a similar distance after a free kick was cleared and fell into his path – with Jasbir Singh equal to the effort. 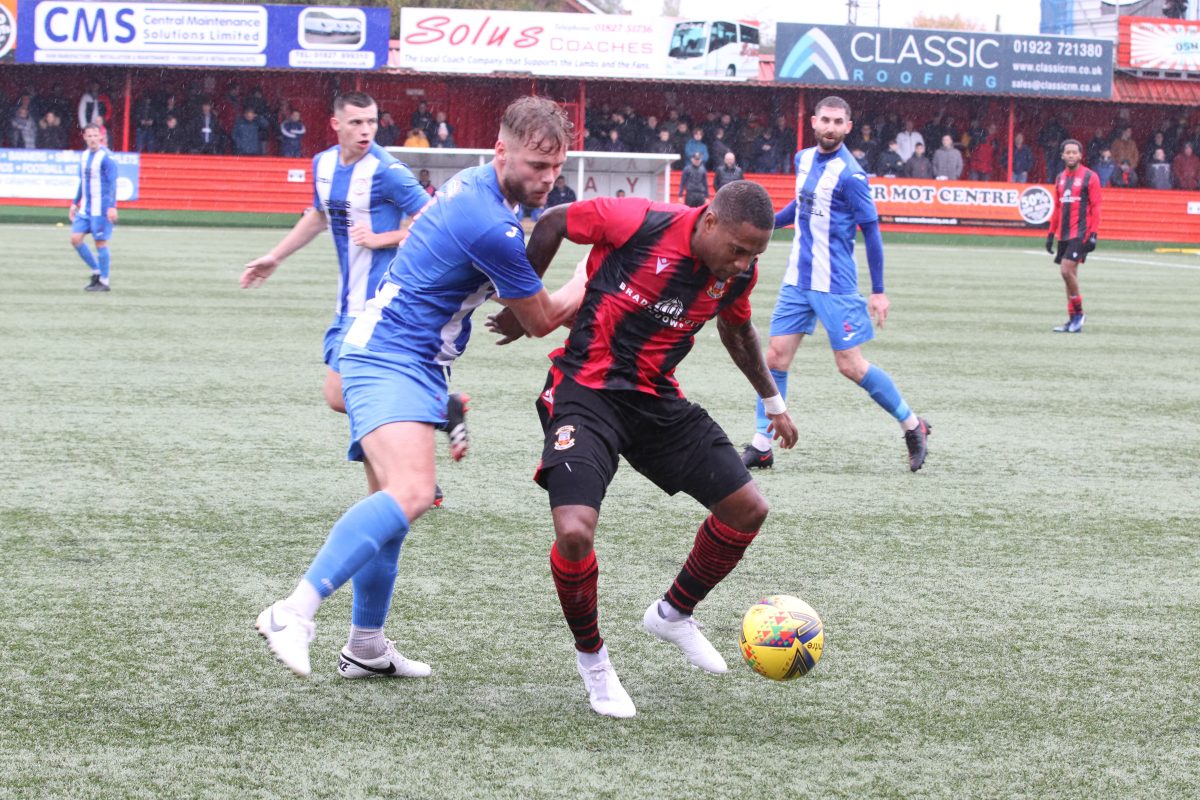 Clayton was given no chance as the hosts doubled their lead. This time Bilal Yafai was the goalscorer after his shot took a deflection which completely deceived the Evesham custodian on 21 minutes.

The Robins played some enterprising football during spells, but again clinical finishing was the difference as Jaanai Gordon ended his solo run with a thumping hit into the far corner just after the half-hour mark.

Evesham eventually got themselves on the scoresheet ten minutes after the break when Josh Hunt was brought down inside the area – allowing Horrell to crash home from 12 yards.

Tamworth were then reduced to ten men moments later when Jordan Gough went in for a late challenge on Dinsley, although further attempts by the visitors to take advantage fell short – a Jamie Lucas header the closest that United came to forcing a tense finale.

A trip to Winchester City offers Evesham the chance to rectify their league struggles on Saturday (3pm) – a task that will be easier said than done though considering the Citizens’ 100 per cent record after three games.

Welsh prop Andrews the latest through the door at Sixways

All to play for in Wolves BBL second leg