Franklin up for Aberystwyth adventure after departing Robins 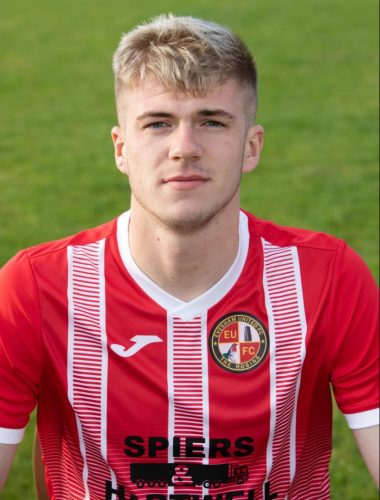 Harry Franklin netted six times in all for the Robins. Picture by Stuart Purfield.

MIDFIELDER Harry Franklin is set to continue his playmaking exploits over the Welsh border after his deadline day transfer from Evesham United to Aberystwyth Town.

The 21-year-old joins the top-flight Cymru Premier club hoping to add some much-needed spark in the middle of the pitch for the Seasiders – who currently occupy last place in the division – and will relish the prospect of regular minutes once again, with Evesham’s campaign currently still suspended for the foreseeable future.

Signing a contract for the remainder of the 2020/21 season, Franklin brings an end to his 15-month stay at the Spiers & Hartwell Jubilee Stadium, having appeared 35 times competitively and scoring six goals in all for the Southern League Division One South Robins.

He will be tasked with trying to inspire Aberystwyth to victory against Barry Town United this weekend.

The Northern Irishman said he “can’t wait to get started” and will look to kick on in what will be his second spell at a Welsh club, having previously turned out for Merthyr Town on loan during his early playing days at Hereford.