Fell determined to impress again for Pears - The Evesham Observer 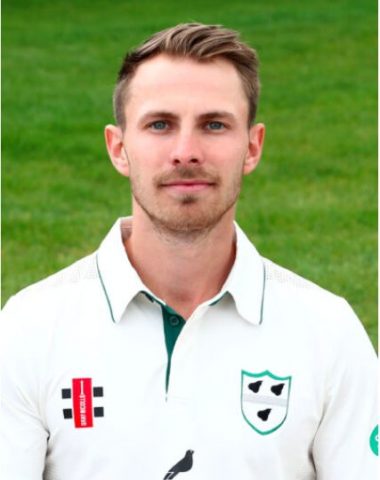 Tom Fell wants to establish himself as a key player at New Road. Picture: Worcestershire CCC.

WORCESTERSHIRE’S Tom Fell believes his form in the Bob Willis Trophy last summer is just the beginning for him ahead of the forthcoming 2021 season.

The 27-year-old shone as the Pears went mightily close to reaching the final of the Trophy – eventually losing out in a Central Group decider to Somerset – scoring 336 runs from his nine innings.

It was the form shown in Worcestershire’s batting line-up which has inspired Fell to reignite his career and kick on at New Road.

“It was a bonus to play any cricket, even though it was a shortened season, but for me it was pleasing to get a good run in the team and have a few decent performances,” he said.

“This is just a start really – I’ve got to really build on this.

“I’m still relatively young and have plenty of time to turn my career around, from what was quite a promising one to start with. There has been a bit of a blip and hopefully I can kick on for however many years I’ve got left in me.”

With Pears coach Alex Gidman sticking in Fell’s corner for the next couple of seasons, following a contract extension until the end of the 2022 season, there is plenty of reason to be cheerful ahead of the start of play in April.

“It was nice to get that and nice to know the club want me here and in their plans for the next couple of years,” Fell added.

“Hopefully I can repay them with some good performances and that it is not the last contract that I sign.”